CALIFORNIA, Warta9 – CleverTap, the world’s leading retention cloud today announced it has been awarded the “Breakout SaaS Startup of the Year” at the SaaSBOOMi Awards 2021. The awards, presented by SaaSBOOMi, an informal group of SaaS founders looking to network and learn from each other, recognizes excellence in Indian SaaS companies, their founders, and their many achievements and successes.

in a press release received by the editor of warta9, Tuesday, April 26, 2022, stated that:  India’s SaaS industry now boasts over $1.5 billion in annual revenues, with around 1,500+ SaaS companies as an active part of the SaaS community. Acknowledging the importance of this industry, the SaaSBOOMi Awards were launched in 2020 with a mission to celebrate the extraordinary aspirations and efforts of Indian SaaS founders.

“The SaaSBOOMi Awards were introduced to recognise exemplary SaaS startups in the country that have set global standards in deep tech and cutting-edge innovation,” said Vinod Muthukrishnan, Member, SaaSBOOMi Awards team. “For the recently concluded 2021 edition, we are very happy to recognise CleverTap as the ‘Breakout SaaS Startup of the Year.’ This accolade truly reflects the brand’s phenomenal work over the last year and its commitment to building exceptional user experiences for its customers.”

“This is our first award from SaaSBOOMi and will be our most precious. Our customers make us successful and this award, which is shaped and judged by the community, underlines the importance of that bond and trust for us as a company and the partners who support us,” said Anand Jain, Co-founder and Chief Product Officer, CleverTap. “We will continue to focus on solving the problem of user retention for consumer apps of all sizes. Our goal is to be the retention category market leader, not just in India and Southeast Asia but also North America and Europe and amplify the Indian SaaS success story to a growing and global audience.”

The award is just one in a string of recent accolades recognising CleverTap’s technology prowess and capabilities. More than 10,000 apps across industries and geographies use CleverTap for customer engagement and retention over 3 billion devices. Built for speed, security, and scale, CleverTap has helped customers send over one trillion messages and create about 9 million campaigns in 2021. (**)

How to Reduce Carbon Emissions by 22% in Global Supply Chains 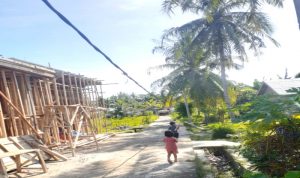